After a magical start to 2015, Tycoon Ruler continued his dominating run, again adding metropolitan honours to his progeny record on Saturday December 31, 2015 at Doomben. 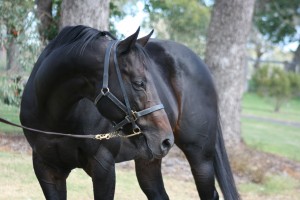 Jumping from barrier 12 with hoop Gary Geran in the saddle, Thinkhesaurus quickly became the race leader by the 800 meter mark, where he sat in front, unchallenged for the remainder of the journey claiming the race honours by one and one-quarter of a length.

Thinkhesaurus has now recorded six wins and a third in as little as 10 starts.

Two races later in the QTIS 3YO Handicap (1110m), Upstart Pride (G3 Tycoon Ruler-Proud) tried to re-produce the same winning run as Thinkhesaurus’, but was pipped in the final few strides to finish runners-up by three-quarters of a length.

Mister Booze left nothing to chance when he cantered past the post in the QTIS 3YO Handicap (1100m) by two and a quarter lengths, snatching the QTIS bonus.